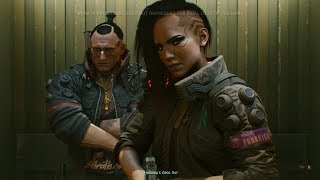 My history with and current thoughts on Call of Duty

The plan: Getting things setup

My history with and current thoughts on Call of Duty

I still remember going and picking this game up. It was touted to me as a more realistic shooter, with less of the "get turned on kid" happens of Halo 3. I remember playing through the campaign, and loving it. Then I tried out multiplayer; and promptly forgot all about Halo 3. I fell in love with it instantly. Here was a game where I could do whatever I wanted. If I wanted to snipe, there were plenty of sight lines to do so. If I wanted to run and gun, I could do that too. I loved getting those head shots on unsuspecting enemy players. I loved calling in the attack helicopter after I got 7 kills in a row without dying. I remember friends' coworkers bringing mine and a buddy of mine's Gamertags up in conversation because we wrecked them in game the night before (true story there). I remembered thinking nothing could top that. Sure, Call of Duty: World at War came out, but it didnt do it for me. It felt like a weaker cousin compared to Modern Warfare to me and to lots of players. But, then came Modern Warfare 2, and it changed again.

Modern Warfare 2 changed the script. Gone were three standard killstreaks and in their place were customizable streaks. Perks were updated, and more guns were added. Once again, I tore through the campaign. Once again, I loved the multiplayer. Were there bugs and balance issues? Oh yes. Things such as the dual 1887 shotguns being super overpowered until their eventual nerf. The perk One Man Army fully restocking noob-tubes on your guns. Scavenger giving you more grenades and such on pickup. The infinite care package glitches. Commando Pro almost turning you into Raiden from Mortal Kombat with how large its original lunge was. I played through all of it, but I still loved the game.

I'll admit, I tried Black Ops 1, but wasnt that impressed. The story felt weird to me. Zombies did nothing for me personally. Multiplayer was ok, but for some reason it didnt click with me. I played it a bit, but mostly played Modern Warfare 2 still.

I remember hearing about the top guys at Infinity Ward being fired and the lawsuit. I remember wondering what would happen with Call of Duty from then on. Infinity Ward was the premier Call of Duty developer at this time. I remember reading that most of the top talen from Infinity Ward left with the guys who were fired. I read up on Sledgehammer Games coming in to help finish Modern Warfare 3. When I tried the game, the story felt much lesser overall than the previous games' stories. It didn't give me the rush I wanted. Multiplayer was fun, but felt like a retread of Modern Warfare 2 and not as polished to me. I played it, but I felt like this was the end of Call of Duty. However, Treyarch Studios proved me wrong there. Enter Black Ops 2.

Treyarch took the best things from their game and from Modern Warfare and updated and upgraded it. I could feel the joy in the game again, Sure, the story was dumb to me, but it was at least fun again. Multiplayer felt good again, and I could tell that Treyarch had really stepped up to deliver a good game. I hoped Infinity Ward would be able to rebuild itself and deliver another good game moving forward.

Infinity Ward delivered Call of Duty Ghosts. A game that many hate. Here was a game devoted to camping, tactical play, and learning how to abuse the poorly designed spawn system. Campaign wise, the story was awesome in my opinion. I loved it. Multiplayer wise, I was 50/50 on it. I loved being able to use LMGs as rapid firing snipers with a thermal scope on them, but if the other team spawn trapped you first, it was a rage fest. I also loved the Extinction Mode the game brought with it.

After Ghosts came Call of Duty Advanced Warfare. The first fully produced Call of Duty by Sledgehammer Games. Now, I'll be honest. I played this game's campaign and as little multiplayer as possible. This game marked the shift from boots on the ground to the movement based super run and gun Call of Duty became. I loathed this game. Especially since the multiplayer was broken for months with wall hacks, GOD mode cheats, and such running rampant. It also introduced the concept of weapon variants that changed how weapons worked in loot boxes. I was thoroughly against this.

When Black Ops 3 was announced, I remembered reading there would not be loot boxes in the game. Then I saw where they were coming, but would be cosmetic only (I was ok with that since it didnt affect gameplay) and could be earned via in game currency. The campaign was a mess, but the multiplayer was a toned down version of Advanced Warfare that I could handle. I played hundreds of hours with friends. While I quit playing for a while due to the introduction of new weapons into the loot boxes in the game, and the news that Activision forced this to happen and had tried to patent a way to force players without the guns to be put into games with much higher tier players who did have the guns to try to the players without the guns to buy them, I ended up coming back to keep friends happy. However, the constant push into the future and into more Halo like game play turned myself and many Call of Duty players sour. We longed for the return to the boots on the ground play style.

Imagine our disappointment to learn the next Call of Duty game was basically Call of Halo (actually named Call of Duty Infinite Warfare). The beta soured me on the game within an hour. People hated it. It was extremely divisive. Sure, the campaign was supposedly better than Black Ops 3's was, but that wasn't hard to do. Black Ops 3 had the worst campaign in Call of Duty history to be honest. As bad as this was, it got worse when Activision added a remake of Modern Warfare to the mix, forcing players to buy a higher priced copy of the new game to get that game. To make it worse, both games had lootboxes and other stuff added in. Infinite Warfare is the first Call of Duty I refused to even play and I also refused to buy the Modern Warfare remake when they released it six to eight months later as a standalone title due to the mistreatment they gave the title.

At this point, Activision, seeing much lower sales numbers, forced the next game to be scrapped and turned into a boots on the ground, back to World War 2, old-school Call of Duty. While this game was well received, many older players felt betrayed and did not buy the game, leading the the audience to skew to players who were only ever used to the advanced movement games. Also, at this point Call of duty had become stale, being a follower instead of an innovator in the shooter market. Which leads us to today...

The Black Ops 4 beta is out. Once again, the player base is divided. Many hate the changes to how health works. The game feels rushed. Rumors, supposedly confirmed, tell a story of Treyarch wanting to make a game that was an Overwatch clone to generate tons of loot crate sales. With the sudden rise of anti-season-pass, anti-loot crate, anti player milking, and a poor player test of the planned game, Activision forced them to scrap it and make Black Ops 4. Many Youtubers complain the game feels very rushed, unpolished, and that it pulls a Bungie and is reusing several old assets from Black Ops 3. Players are mad that the campaign mode, a Call of Duty staple, has been scrapped for what appears to be a mediocre, rushed, battle-royale mode to try to pull in Fortnite and PUBG players. While Treyarch claims there was never a plan for a campaign, rumors state otherwise. Even still, the archaic way they plan to do the season pass and map packs has upset the community and game critics alike.

This leads us to the current state of Call of Duty. Call of Duty is in a precarious position. Where once it was the dominant force on the market that everyone wanted to copy, it is now just another follower itself trying to grab a piece of the Fortnite pie that has swept over the world. Years of poor decisions, heavy-handed actions towards their player base, and overall willful screwing over of a devoted community has left the franchise in a tight spot. Should the new game fail, Activision could very well close multiple studios. Frankly, I don't see all three studios currently doing Call of Duty games continuing as is. Activision has done to Call of Duty what they did to Guitar Hero. Milked the series for all its worth and left it a shell of its former self. I predict that while this game will do ok, it will not have a long life due to lack of content, high price entries to get the DLC, tons of game-changing loot crates, and every other bad habit Activision has picked up over the years and shoved down players' throats in Call of Duty and other games like Destiny while its top competitors give out free DLC with their new series entries.

I loved Call of Duty. That's why I am so sad to see it in the state its in due to poor management by Activision.